Kirsty was born at Mowanjum Community, the youngest daughter of Roger Burgu, a well known Ngarinyin elder and painter (now deceased). She is a compassionate and thoughtful artist who always endeavours to pass new knowledge and stories on to her audience.

As a child, Kirsty was fascinated by the traditional stories told by her mother and father, as well as her uncle Jeffrey Burgu. Kirsty says that "painting is how I share all the stories that I have been told with the young ones". Like most of the Burgu family, Kirsty follows both Christian and Wandjina beliefs, which she often calls upon as subject matter for her paintings.

Kirsty is one of a new generation of painters at Mowanjum who interpret the old stories in new ways. She uses a wide range of traditional and contemporary materials including ochre on bark, ochre and acrylic on canvas, ink on paper and woodcut printing. 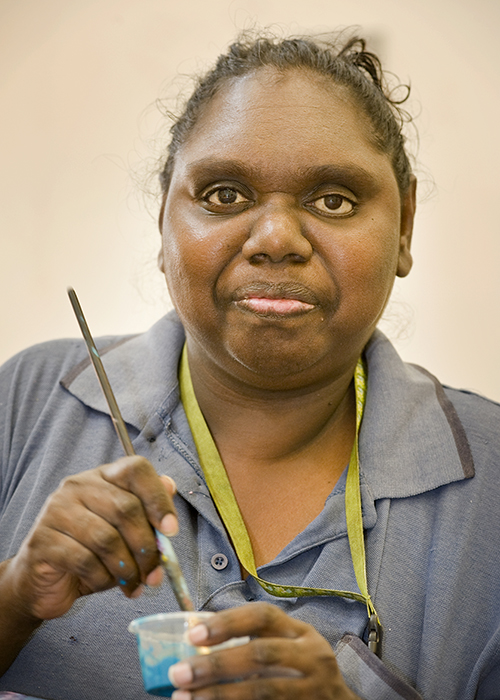 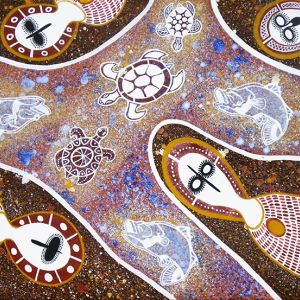 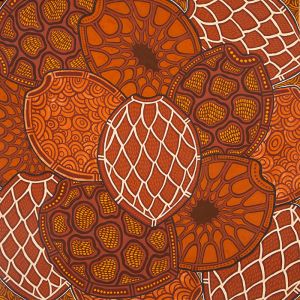 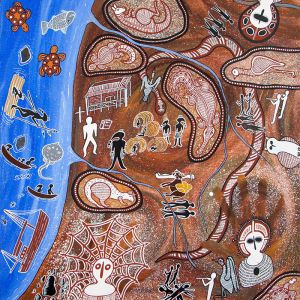 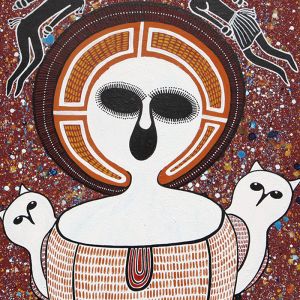 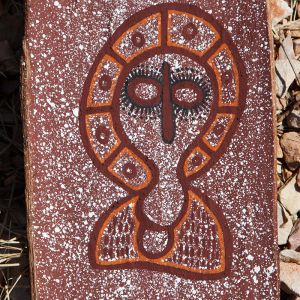