Kenneth Gibson is an artist and has recently been a senior Cultural Tour Guide for Wandjina Tours. He began painting in 2012, quickly developing his own style influenced by the surfaces and textures found at the cave sites of his ancestors.

Kenneth lives in Mowanjum Community, though has spent much time at Wijingarri Bard Bard (Freshwater Cove) where he leads rock art tours and explores other culturally significant sites. He takes great pride in his Worrorra culture and in being a role model for younger generations. He is always keen to share cultural stories with tourists and people in the Community. 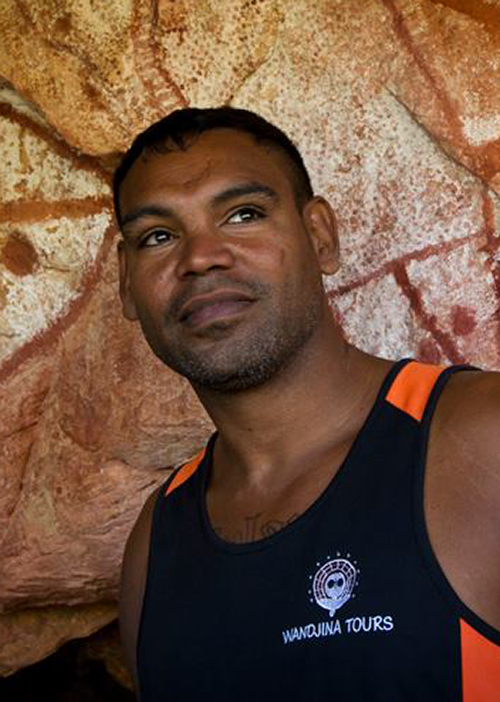 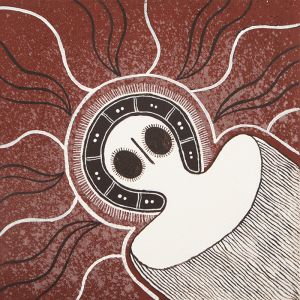 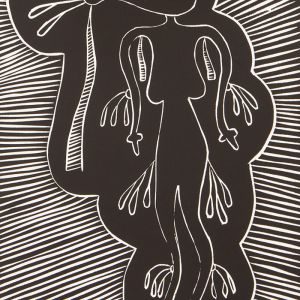 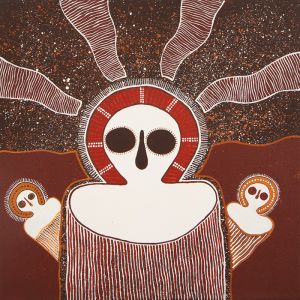