Gabriella Dolby Barunga has been painting for over twenty years, and is well known for her Ungud (totem) paintings, where snake-like symbols are repeated in rhythmic swirls. She is a wonderful exponent of the decorative brush stroke in-fill technique, which is synonymous with the Mowanjum style. Her work has featured regularly in the Darwin Art Fair, Kimberley Art Prize and the Mowanjum Festival.

Born in Derby, Gabriella first heard about traditional law and ancestral stories through her mother and uncles. While her parents were in the leprosarium, she was cared for by Jack and Biddy Dale. They took her on bush trips, where she learned to fish, as well as hunt kangaroos, snakes and turtles.

She has made various trips to her homelands near Pantijan, and to the caves where the Wandjinas were first painted. These experiences have become an inspiration for her work. 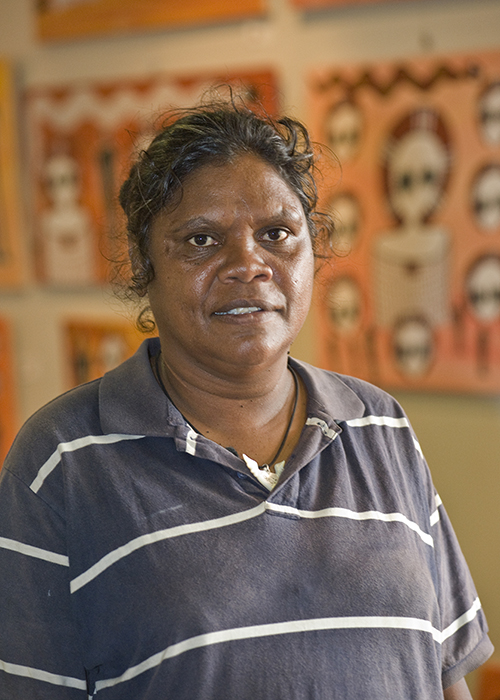 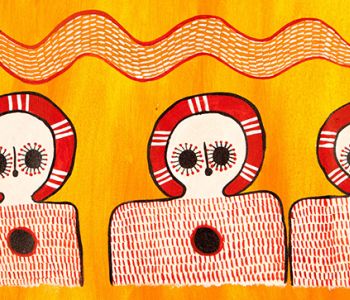 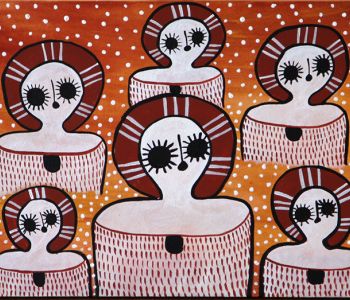 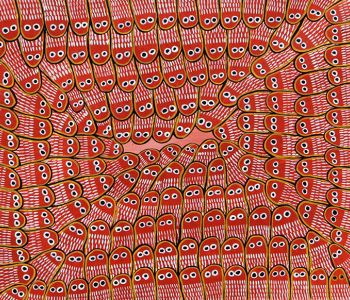