Edna Dale is a Ngarinyin woman and Chairperson of the Imintji Community, where she lives with her husband Lance Bedford and their seven daughters. She is the daughter of famous Kimberley artist, the late Jack Dale Mengenen. Growing up she spent much of her time by her father’s side, traveling their country, watching him paint and tell stories.

Edna has her own distinct style, depicting elongated Wandjina figures in a minimalist aesthetic, making a clear departure from the imagery of her father. 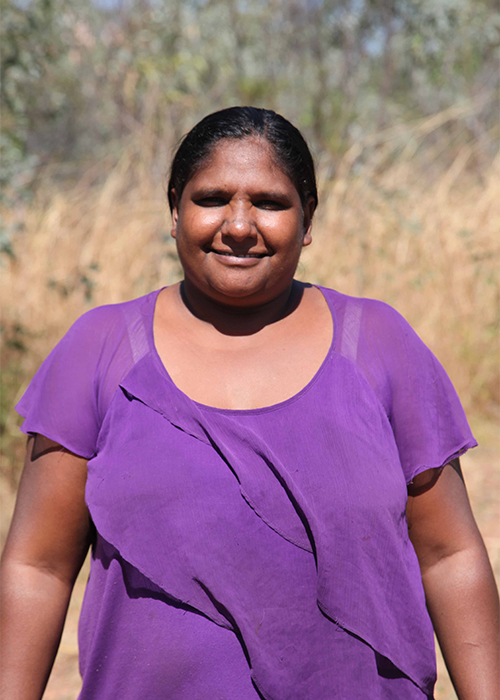 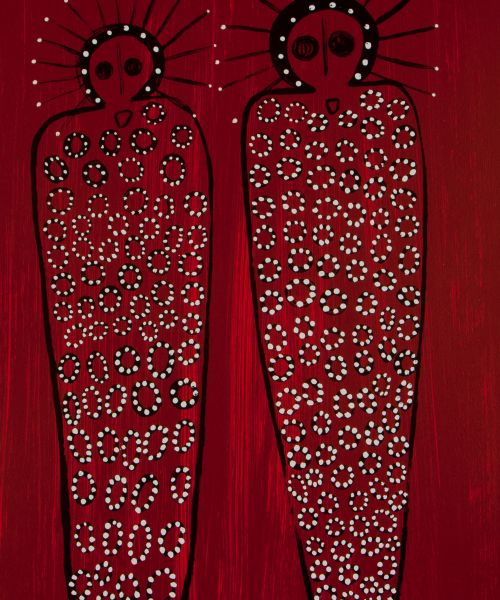 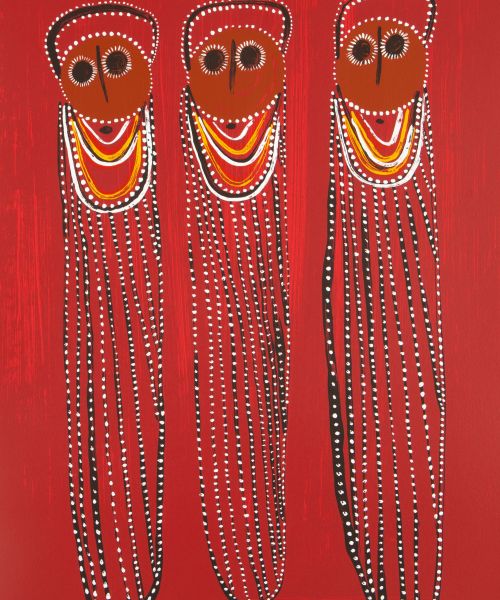 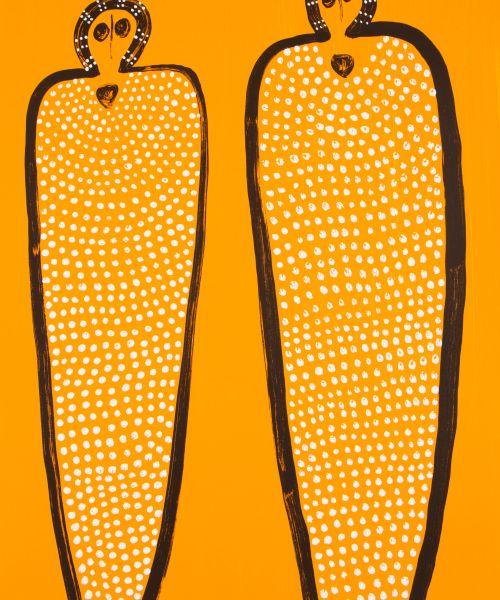