Raised by Donny Woolagoodja and Mildred Mungulu, Leah demonstrates a great love and understanding of her culture in her artwork. She produces breathtaking Wandjina images, as well as pictures of constellations like the Seven Sisters and Wallungunder, whose spirit lives in the Milky Way in the shape of an emu.

In addition to being one of the Kimberley's top basketballers, Leah juggles her art practice alongside caring for her young son Folau. She is also an Executive Councillor for Mowanjum as well as the remote Larinyuroar outstation, where she spends a considerable amount of time.

Leah has always possessed an obvious artistic talent, she was awarded the prestigious Marlene Bruce Art Award for Kimberley Aboriginal Art at the age of just twenty. Her work is keenly sought and represented in many collections throughout Australia and is held in the Art Gallery of Western Australia, the Parliament of Western Australia, and the WA Museum. 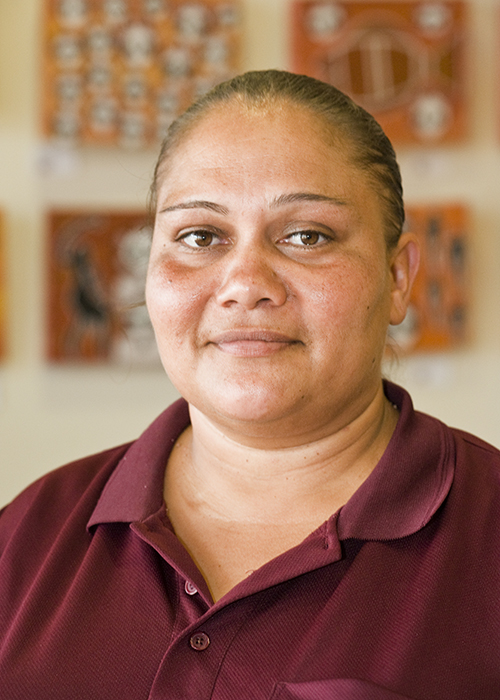 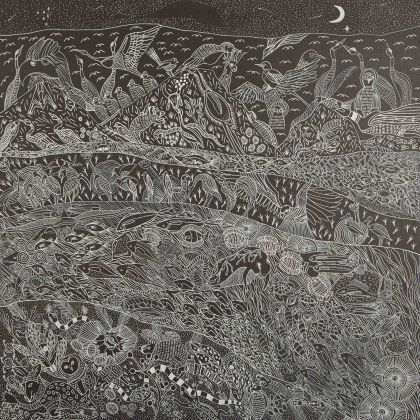 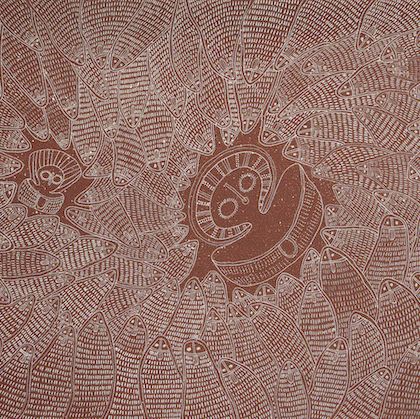 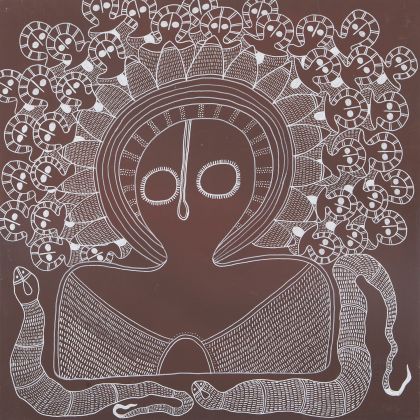