Kirsty is a Ngarinyin Worrorra woman and was born and lives at Mowanjum Community. Any time away was spent in study, which in recent years saw her ordained as a Pastor in the Uniting Church.

Kirsty is as intensely engaged with the traditional culture of her people as she is with Christianity. She deftly portrays the stories and philosophy of these two worlds within her work, where she regularly depicts the first two Wandjina Idjair the father (God) and Wodjin the son (Jesus).

In 2021, Kirsty is a Finalist in the prestigious Blake Prize at the Casula Powerhouse Arts Centre Liverpool NSW. 86 artists were shortlisted from 1,200 submitted entries internationally, so an outstanding acknowledgement for this artist. 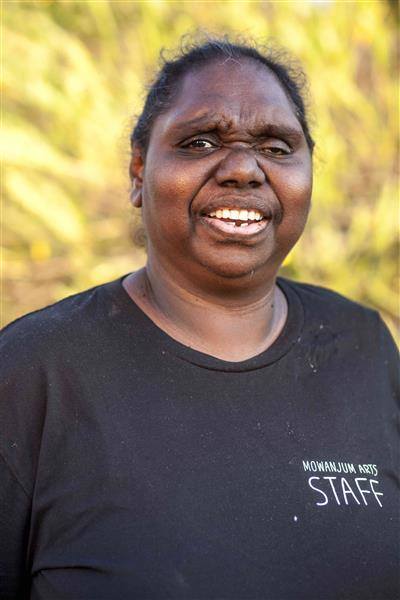 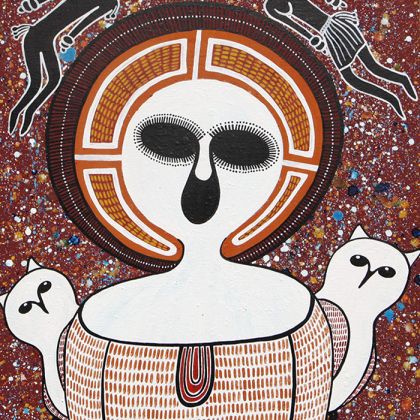 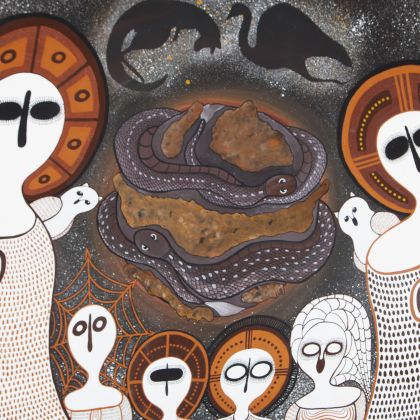 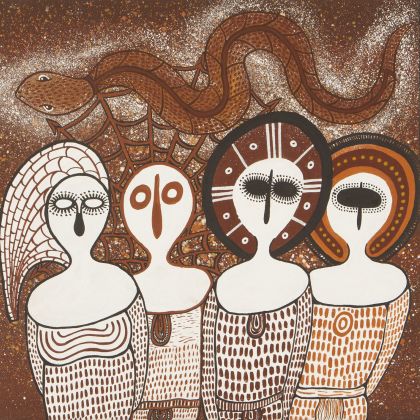