Born in Derby, Alison is the daughter of Mowanjum artist and elder, Roger Burgu. As a six year old, Alison appeared in Michael Edol’s award winning film LaiLai, which focuses on the traditional culture of the Worrorra homelands near Doubtful Bay.

Alison says “when my father and uncle were alive I heard lots of stories. I put them in the paintings. Stories were important. They taught us about culture. We can talk to our children about it. Culture needs to be strong in this community and our families.”

Alison has visited her grandmother’s Worrorra country, where she saw the Wandjinas in the caves. She also participates in the annual Mowanjum Festival, helping the children make totems, which are used as part of the ceremonial dress at the Festival. “In annual events like these, culture is passed down. We are proud of what we are doing at the Art Centre." 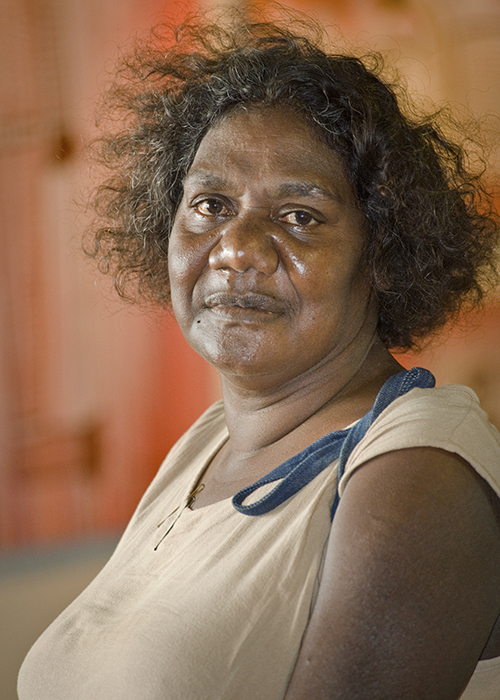 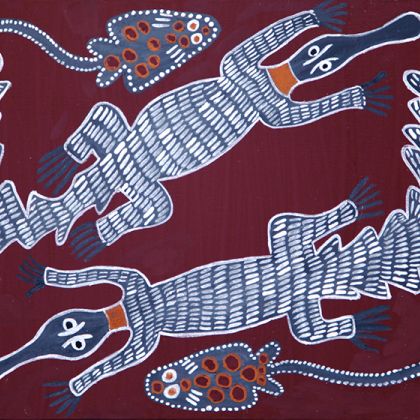 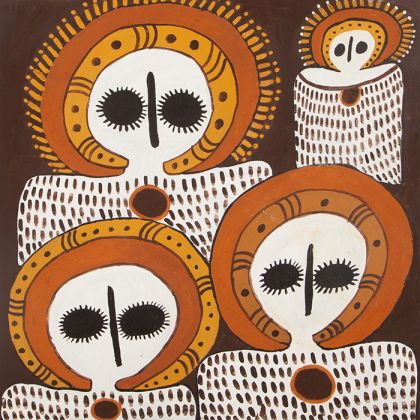 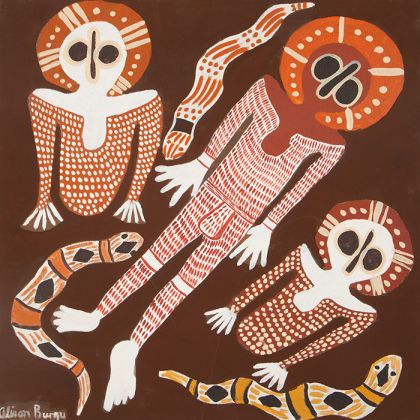